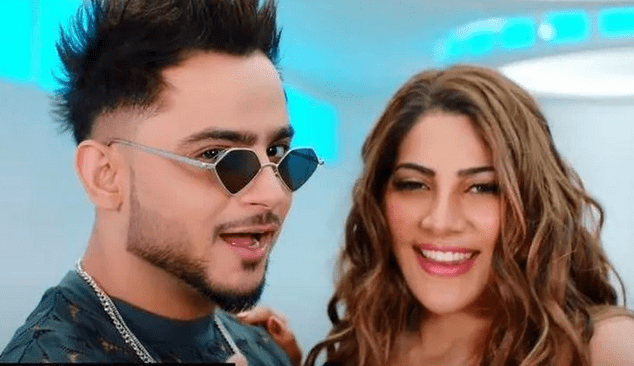 Mumbai: Nikki Tamboli and Milind Gabba’s upcoming party track Shanti’s teaser has been released on June 21. It is produced by Bhushan Kumar’s T-Series, while Milind Gaba has not only composed the music but also penned the lyrics of the song. The additional rap lyrics is by Asli Gold and the music video is directed by Satti Dhillon.

The music video has a happy appeal with colourful sets. The song is all set to release tomorrow, June 22. Sharing the teaser, Nikki Tamboli captioned it, “Here is the beautiful teaser of #Shanti for all of you! Check it out. #Shanti releasing on 22nd June, 2021. Stay tuned (sic).”

Notably, Nikki featured in two music videos that released last week. One of them is Number Likh which is sung by Tony Kakkar. The song has received over 10 million views on YouTube. She then featured in a Punjabi romantic song titled Kalla Reh Jayenga which is sung by Jass Zaildar. The song has garnered over 5.9 million views on the video-sharing platform. Nikki is currently filming for the upcoming instalment of Khatron Ke Khiladi in Cape Town, South Africa. The show is set to premiere in July 2021.

India takes a step forward towards Decarbonisation and promotion of RE, Hydro PSP & BESS