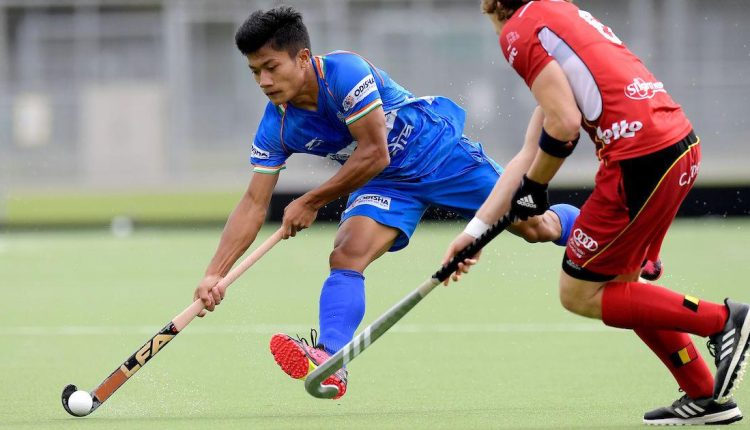 New Delhi: The Indian Men’s Hockey Team’s recent outing in the Birmingham 2022 Commonwealth Games ended with India clinching the Silver medal. However, a big-margin loss to Australia in the Final has made the squad more determined to work the hard yards ahead of the upcoming FIH Odisha Hockey Men’s World Cup Bhubaneswar-Rourkela 2023 where the hosts are favourites to stand on the podium.

Speaking about the team’s preparations, India midfielder Nilakanta Sharma expressed that the team is keen to take what they can from the experience of CWG and come out stronger. “We have been going through the video tapes of our matches in CWG ever since the camp started and we have been working to make sure that we don’t concede any early goals. If we start strong, we can go on to build on our performance throughout the game.”

“We have to face quite a few strong sides in the group stage of the FIH Odisha Hockey Men’s World Cup Bhubaneswar-Rourkela 2023 and we don’t want to end up feeling like we haven’t performed our best at the end so a good start is crucial for a good showing on home turf,” he stated.

India is grouped in pool D along with England, Spain and Wales and begin their campaign in Rourkela where they will take on Spain in the first game on 13th January 2023. “Our aim at the World Cup is to get a medal, no matter what. We hope to qualify for the knockouts comfortably even though we face strong teams in the group stage and then focus on getting results against any team that stands in our way. We do have the advantage of having played most of these teams in the FIH Pro League matches and we want to take that experience onto the pitch in Odisha,” he said without mincing his words about India’s chances at the marquee event.

Nilakanta believes there is a lot of difference in playing FIH Pro League matches and World Cup. “Once we get to the Quarter Finals you cannot help but think, what if we lose, but the people in Odisha had been very supportive last time around and I will count on that support to relieve us of any pressure during the upcoming World Cup. The whole team feels that we need to keep the 2-1 loss against Netherlands in the 2018 World Cup in mind and perform well, like we did in the Olympics and Commonwealth Games. We don’t want to be participants at the World Cup, we want to win a medal and we are focused on that.”

If he makes it to the World Cup squad, Nilakanta will become the first from Manipur to play in back-to-back World Cups at home. “The official squad hasn’t been announced yet but yes, I hope to be playing in the World Cup. I feel proud that I can represent Manipur twice at this event and give my 100% to help the squad win and not feel disappointed at the end,” he concluded.