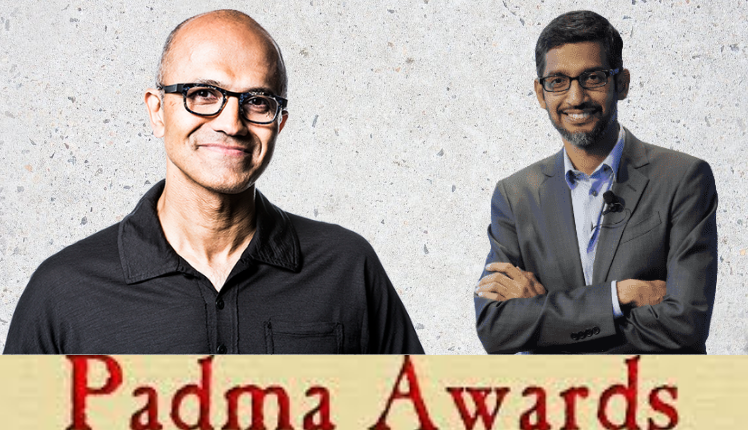 The President of India has approved the conferment of 128 Padma Awards this year. Padma Bhushan is the third-highest civilian award in India after Bharat Ratna and Padma Vibhushan.

Indian-American business executives – Mr. Nadella (54) and Mr. Pichai (49) – have been honoured for their contribution in the “trade and industry” category.

The government revealed the name of the awardees on the eve of Republic Day celebrations in line with the annual traditions.

Here is the complete list of Padma Bhushan awardees:-

The Padma honours are given for exceptional service in different fields – art, social work, public affairs, science and engineering, trade and industry, medicine, literature and education, sports, and civil service.

The awards will actually be handed to them in a ceremony held at Rashtrapati Bhawan, the official residence of the President of India. The ceremony usually takes place in March or April.