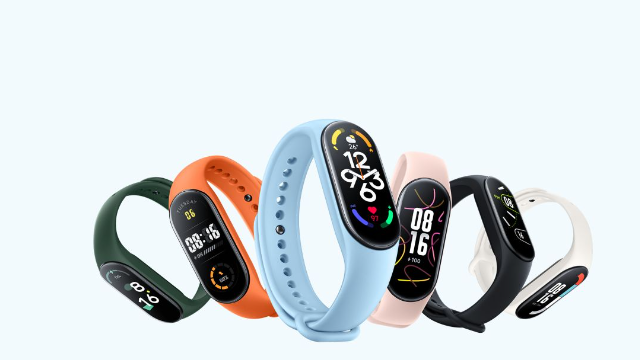 New Delhi: The Xiaomi 12S series and Mi Band 7 Pro will both launch in China on July 4. The wearable’s design has also been tested by the Chinese company, which used a clip to tease a clip-on rectangular display dial, a first for the Xiaomi fitness band line. The details of the pro version are not known yet, however, it is speculated that the Mi Band 7 Pro could be an enhanced version of the Mi Smart Band 7 and Mi Smart Band 7 NFC that was launched last month.

The Xiaomi Band 7 Pro will debut on July 4, that’s the same day when the Xiaomi 12S series is debuting. It appears that Xiaomi wants to propel the smart band to be used along with the flagship 12S phones.

It is worth noting that both the smart band and the phone will be launched only in China as of now. But we can expect a global arrival in the next couple of months of the launch.

The Xiaomi 12S series, which includes the Xiaomi 12S Ultra, Xiaomi 12S Pro, and Xiaomi 12S smartphones, will be released alongside the Mi Band 7 Pro, as was previously reported. Xiaomi and Leica’s relationship, which was announced last month, is highlighted in the teaser image for the launch that company CEO Lei Jun posted. Additionally, Sony’s most recent IMX989 camera sensor will be featured for the first time on a smartphone in the world on the Xiaomi 12S Ultra.

The Xiaomi 12S series’ specifications have also previously leaked on a number of occasions. It is anticipated that the Snapdragon 8+ Gen 1 SoC will power every phone in the series. The internet is rife with rumours of the Xiaomi 12S Pro Dimensity Edition running on the chipmaker’s Dimensity 9000 SoC.

The wearable, which will include a rectangular display and a sophisticated, professional-level sports and health monitoring experience, is known as the Mi Band 7 Pro(translated). According to an earlier source, the Pro model is anticipated to include GPS and a larger battery (perhaps 250mAh) than the 180mAh battery unit included in the Mi Band 7. According to reports, the Mi Door Lock smart lock’s application code had the first mention of it.