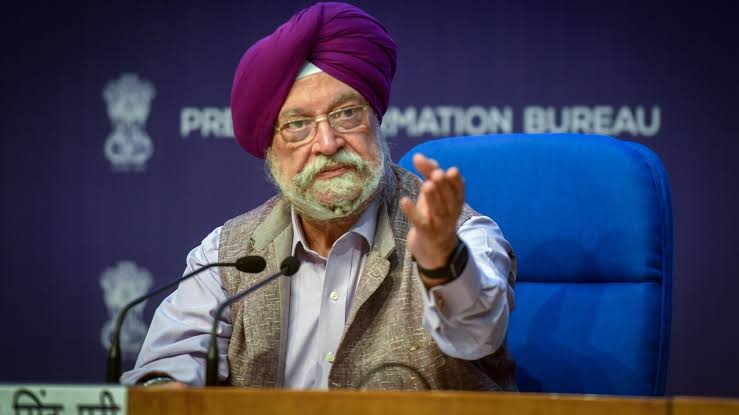 New Delhi: Union Minister Hardeep Singh Puri on Wednesday (August 17, 2022) courted a controversy after he said that Rohingya refugees will be shifted to apartments in Bakkarwala in outer Delhi and will also be provided basic amenities and police protection.

Hours later, the Ministry of Home Affairs (MHA) clarified that it had “not given any directions” to provide flats to Rohingya Muslims in Delhi and asked the Arvind Kejriwal-led Aam Aadmi Party (AAP) government to ensure the illegal foreigners remained at their present location.

The MHA also said the Rohingya illegal foreigners are to be kept in detention centres until their deportation as per the law and the Delhi government has been directed to declare the current site of their stay as a detention centre.

“India has always welcomed those who have sought refuge in the country. In a landmark decision, all Rohingya Refugees will be shifted to EWS flats in the Bakkarwala area of Delhi. They will be provided basic amenities, UNHCR IDs & round-the-clock Delhi Police protection,” Puri had tweeted.

The MHA, however, issued a statement and said, “With respect to news reports in certain sections of media regarding Rohingya illegal foreigners, it is clarified that the MHA has not given any directions to provide EWS flats to Rohingya illegal migrants at Bakkarwala in New Delhi.”

“Government of Delhi proposed to shift the Rohingyas to a new location. MHA has directed the Government of Delhi to ensure that the Rohingya illegal foreigners will continue at the present location at Kanchan Kunj, Madanpur Khadar as MHA has already taken up the matter of deportation of illegal foreigners with the concerned country through the Ministry of External Affairs,” the statement added.

“Illegal foreigners are to be kept in the Detention Centre till their deportation as per law. The Government of Delhi has not declared the present location as a Detention Centre. They have been directed to do the same immediately,” the Ministry said.

Puri, a former diplomat, then shared a copy of MHA’s statement and said that it gives the “correct position”.