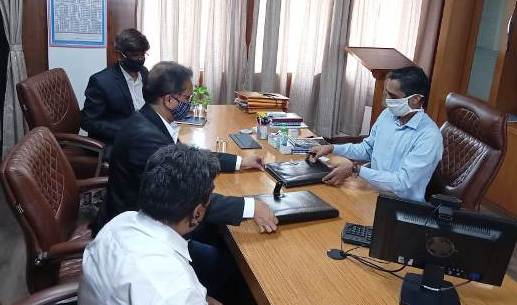 This CoE will not only cater to the need of the industrial cluster in Jajpur, but also upskill the passed out ITI & Diploma engineers 1n the field of advanced thermal cutting & welding.

Recently, MESSER CUTTING SYSTEMS has set up a similar CoE at Bangalore after a joint venture with Karnataka Government. Using the OMBADC (Odisha Mineral Bearing Areas Development Corporation) fund meant for Skill Development of unemployed youths of mines bearing districts, this CoE will be set up at a cost of Rs 5.25 Crore in a span of six months.

This set up will not only bridge the skill gap in the thermal cutting and welding sector but also will open employment opportunities for the passed out trainees by honing their skill to perfection, as MESSER trainers will do one year hand-holding in training the trainers too. The trainees from ITIs and Polytechnics in the vicinity will also be benefitted from this CoE.

This environment-friendly modern workshop can also be used by industries for capacity building of their semi-skilled employees. In order to train the trainers, 10 nos of training officers from ITIs and Polytechnics will be imparted training at the CoE setup by MESSER or in their plant. Latest Non-Destructive Testing, Destructive Testing equipment will also be set up for trainees to improve their skill and to prepare them for world skill competition.

A joint certificate will be provided to the successful trainees by the Institute and MESSER.