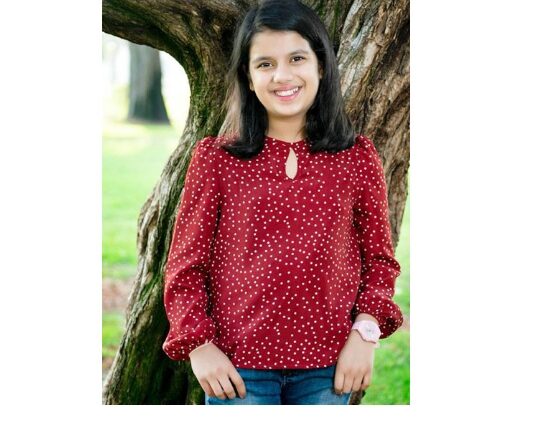 Dubai: A 10-year-old Indian girl, Sara Chhipa, has created a world record on May 2 by memorising all the 195 “Countries – Capitals & Currencies” across the world.

Sara, a native of Bhilwara in Rajasthan and now resident of Discovery Garden in Dubai, the United Arab Emirates, has become the first in the world to create and hold the “world record” in this category.

The previous world record was only on “Countries & Capitals” and Sara has added one more dimension about their currencies. This record was administered through a virtual live event on May 2 at 4:30 pm UAE time, 6 pm India time, and was streamed on Facebook, YouTube & LinkedIn.

Sara’s world record journey started around three months back with the support of her mentor, Sushant Mysorekar, founder of Brain Rhyme Cognitive Solutions, Singapore. Sushant has been training Sara on memorising these through various memory, creative skills and intelligence techniques.

As per her father, Sara started memory techniques classes during the lockdown and the world record attempt was not pre-planned at all.

After some sessions, her mentor identified the spark in Sara and shared the plan with her parents.

Sara came to Dubai along with her parents when she was only one year old. Sara had early schooling with Indian curriculum, Springdale’s School, Dubai, and currently, is a grade six student of Gems Modern Academy (Indian & IB curriculum school), Dubai.

Sara’s father, Suniel Chhipa, works with Etisalat Telecom, and her mother, Renu Chhipa works with Asteco Properties. She has one younger brother, Shourya who is a KG2 student at Springdale’s School, Dubai.