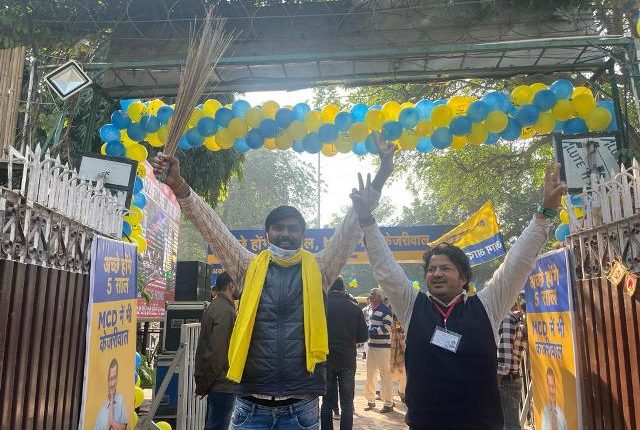 New Delhi: The 15 years old rule of BJP in the Delhi civic body today came to an end with Aam Admi Party (AAP) emerging victorious in the polls to Municipal Corporation of Delhi (MCD).

The Arvind Kejriwal-led party has touched the magic number by clinching 126 wards so far while the BJP has won 94 seats in the 250-member Municipal Corporation of Delhi (MCD).  Counting is still underway.

Congress is at a distant third spot with six seats. Three Independent candidates have also won the election.

“Today, AAP has won the MCD elections, tomorrow we will show the BJP what AAP can do in Gujarat.”, Chhadha said.

The votes are being counted at 42 centres across Delhi. A total of 1,349 candidates contested the elections, the first since three civic bodies were unified earlier this year.