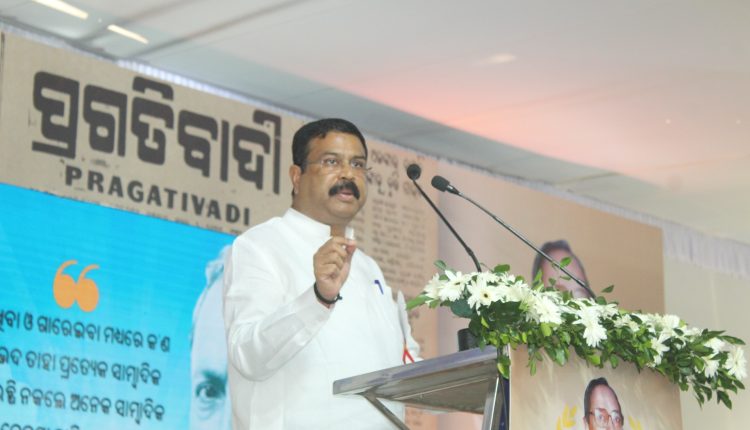 May Nov 8, Pradyumna Bal Birth Anniversary, Be The Day Of Responsibility Pledge; Pragativadi Be Its Sponsor: Dharmendra Pradhan

Bhubaneswar: Union Minister of Education, Skill Development and Entrepreneurship Dharmendra Pradhan on Tuesday said that leading Odia daily Pragativadi may be the torch bearer of future Odisha with taking forward the ideology, thoughts and philosophy of its founder late Pradyumna Bal.

Attending the 90th Pradyumna Bal Jayanti Celebration, Pradhan said taking small responsibilities can protect other’s rights, which Pradyumna Bal had taught his followers. On the occasion, I hope that November 8, the birth anniversary of Pradyumna Bal, may be the day of responsibility pledge and Pragativadi be its sponsor,” he said. 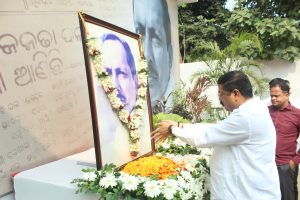 Odisha was born as language-based state in 1936. “After 25 years, we all hope to see Odisha full of self-reliant, economically and culturally stable. Pragativadi will take the responsibility of our future dream,” the minister pointed out.

Even though the Minister has a vast ideological difference with Pragativadi and its founder Pradyumna Bal, but still Pragativadi is one of his favourite Odia daily among others, which he reads every day, he maintained.

Stressing upon the farsightedness of Bal, the minister said that the founder editor of the newspaper, at his elder age, had envisaged the future of Odisha and socio-cultural status of its people. With this imagination, Bal had given birth to Pragativadi 50 years ago and started his journey in bearing social and political responsibilities.

Pradhan further highlighted the contribution of late Bal to the field of education. “Dr Achyuta Samanta may take forward the KIIT and KIDS to world level, but seeds of these world-class educational institutes were sowed by Pradyumna Babu. This is called leadership. My heart is filled with joy and I feel proud for being an Odia when I remember the success story of Bal,” Pradhan said in his address.

Odisha remembers many great personalities for their noble works for the welfare of the society. Pradyumna Bal is one among them. “Pradyumna Babu has created a benchmark in the field of environment, art and culture, literature and social welfare. Now the time came, we all should work hard keeping in view the benchmark he left behind,” the Union Education Minister advised.

Elaborating the Jagannath culture, Pradhan said Lord Jagannath is unique in his own creation and teaching. He is the only Lord in the world who comes out of his abode once in a year to give darshan to his devotees who are deprived of darshan throughout the year. 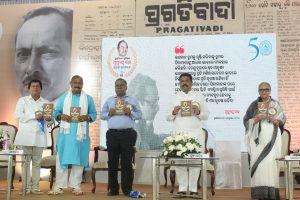 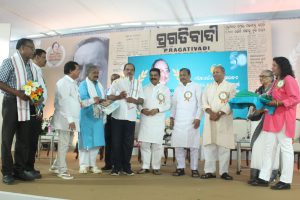 The minister also stressed on world-famous Mahima cult, the genesis of which is from Odisha. Remembering blind poet Bhima Bhoi and his creation, Pradhan quoted that a simple verse (Mo Jibana Pachhe Narke Padithau….) of the blind poet, who is a disciple of Mahima Goasian, is now scripted on the wall of UN,” he added.

Among others, senior Congress leader and MLA Suresh Routray and MLA and former Minister Amar Satpathy and North Odisha University VC Kishore Kumar Basa highlighted their personal bond with late Pradyumna Bal and his contribution to the environment, development of socio-cultural and economical life of people.