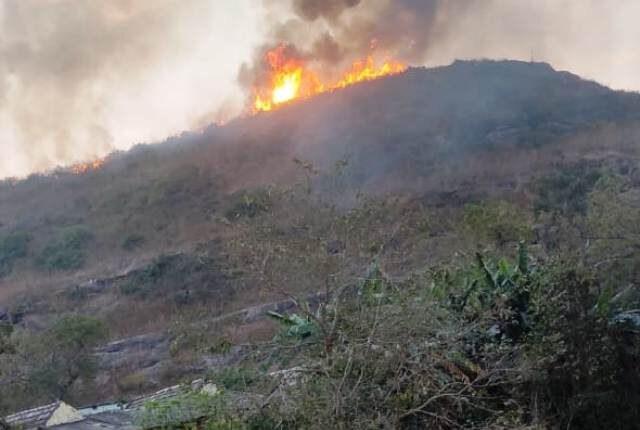 This is a historic tourist spot which attracts a number of visitors throughout the year. The fire brigade personnel have been trying their best to contain the fire, but they are yet to be successful as a smoke-filled atmosphere preventing them to act swiftly.

The villagers alleged that no forest official has rushed to the spot to take stock of the situation. They said the forest officials are taking the matter lightly.

Dampara forest range officer Ashok Das brushed aside the matter as a minor one and added that the fire has been doused. He said the locals were responsible for such an act.