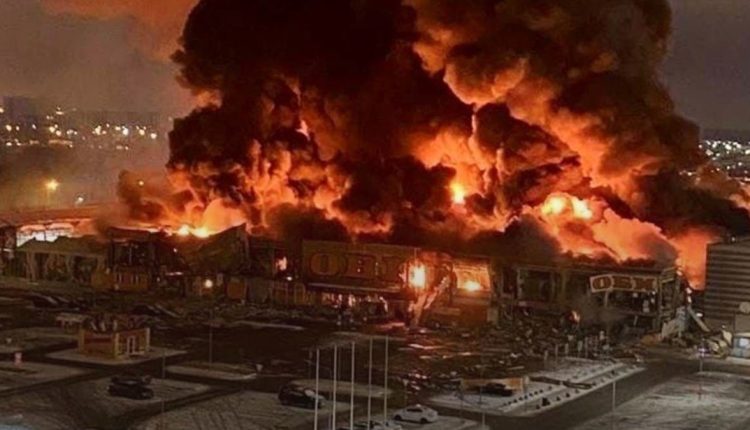 Moscow: A massive fire has erupted at a large shopping center on the outskirts of Moscow, Russia on Friday. The fire broke out at the Mega Khimki shopping centre in the northern suburb of Khimki. Fire fighting operations are underway. There are no reports of casualties yet.

The blaze is believed to have started on the roof at the Mega Khimki retail centre with thick plumes of smoke seen billowing up into the sky. It started shortly before 6am local time with the fire service saying that it arrived at the scene 20 minutes later.

It was not immediately clear if the fire was deliberately started or if there was a link to the war in Ukraine.