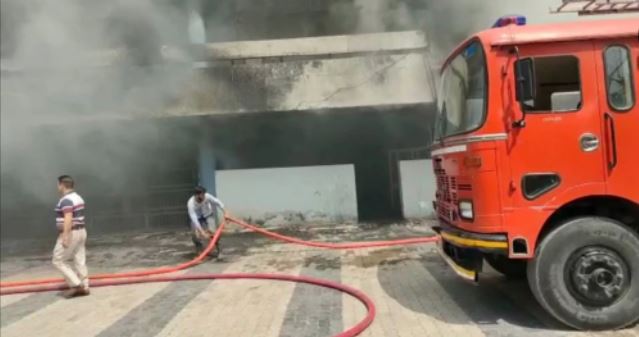 Amritsar: A massive fire broke out in the Guru Nanak Dev Hospital in Amritsar in Punjab on Saturday afternoon. No casualties have been reported.

On being informed about the incident, eight fire tenders rushed to the spot to douse the fire and patients were evacuated.

According to Fire Officer Lovepreet Singh, the fire broke out in a transformer. “The fire is under control. No injuries reported,” he said.

Reacting to the incident, Punjab Chief Minister Bhagwant Mann tweeted, “The unfortunate incident of fire at Guru Nanak Hospital in Amritsar was reported. Firefighters are on high alert. No casualties were reported due to God’s grace. Minister Harbhajan Singh has reached the spot. I am constantly monitoring the relief work.”

Odisha Govt To Get Strict On Fire Safety Guidelines