The 7-minute-18-second film revolves around the struggle of a poor boy to sustain a livelihood for his family amid COVID-19 pandemic. The boy did it by selling the hand-made masks prepared by his mother. The film also showed the reluctance of people to purchase them due to the low price. Among 3000 entries, the jury members adjudged ‘Mask’ as the best awareness film on COVID-19. Brilliant acting by Ajay Choudhury, a minor boy hailing from a poor family in Berhampur, also received wide appreciation from the jury members. 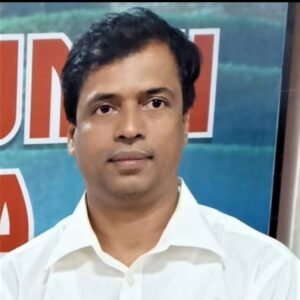 Dash, working as SDM, in Odisha’s revenue department, who is now on a four-month deputation to Ganjam district for COVID duty, managed to find time during leisure to prepare the script and direct the movie. “In order to ensure greater awareness among the people for using mask to bring down the spread of Coronavirus, I made a short film “Mask”, which received overwhelming appreciations from Hon’ble Governor of Odisha, Hon’ble Chief Minister of Odisha, Hon’ble MPs and MLAs and other dignitaries from all across the world, Dash said.

Dash, the creative director of the film “Delhi Bus” based on ‘Nirbhaya Case’, had also partnered in writing the screenplay and dialogue of that film. He has made many short films earlier too. In 2019, he received the Best Short Film Award from Government of Odisha for the short film “Sunny”- The Son of River Mahanadi”, which focused on the issues related to river Mahanadi.

Ekamra Kshetra Land Acquisition To Be Completed By End of December