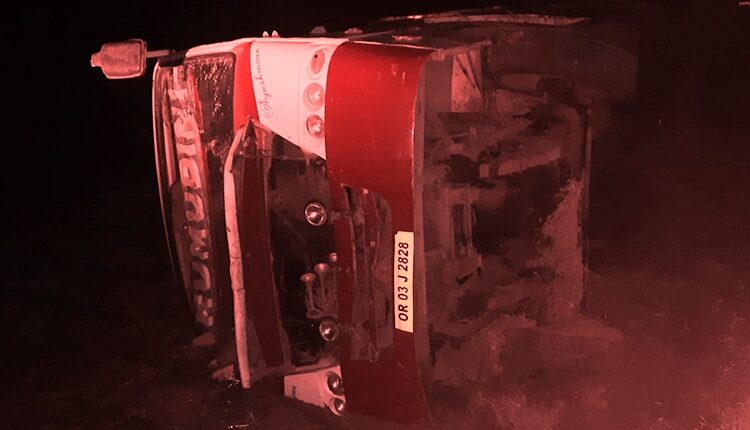 Sonepur: At least 15 persons were injured after a bus they were travelling in overturned near Tuniamunda village in Sonepur district late on Sunday evening.

As per reports, around 40 passengers were returning to Tuniamunda village after attending a marriage party in Kumude village under Tarbha block when the mishap occurred.

On being informed, Teams of Odisha police and fire fighters reached the spot and launched rescue operations.

At least 15 persons sustained injuries following the accident and some of the patients have been admitted to Dunguripali hospital for treatment.