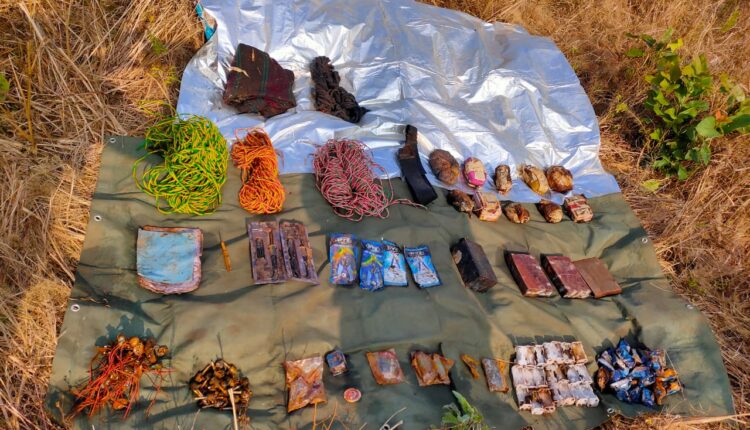 Malkangiri: A number of items including Maoist materials including literatures, bomb-making devices, explosives, wires and other incriminating articles were unearthed from Matikhal forest under Gorasetu region in Malkangiri district.

The joint combing operation by police and BSF jawans at Swabhiman Anchal has created a fear psychosis among the Maoists.

Police sources said the villagers living in the region have extended maximum support to the security forces to flush out the red rebels.

The Maoists are now on the run due to the support of locals, the sources said and added that the red rebels were left with no option than to hide their arms and ammunition in the jungle region to prevent seizure of their items.