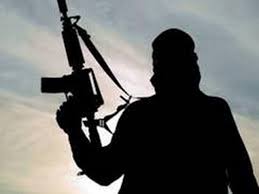 Kandhamal: A Maoist hideout was unearthed and a huge quantity of explosives and arms dumped by the ultras were seized during a special operation by security forces inside a forest in Kandhamal district today.

The hideout was busted during a joint operation launched by Special Operation Group (SOG) and District Voluntary Force (DVF) of Odisha Police.

Based on reliable input, an anti-Naxal operation was launched in the region on Thursday. During the combing operation, Maoists opened fire at the security forces and the latter also retaliated. While the ultras managed to escape from the spot, a huge cache of ammunition from the spot after the exchange of fire, said a senior official.

Grenades, detonators, splinters, explosives, batteries and other various literature and camp articles used by the Maoists were seized from the hideout.