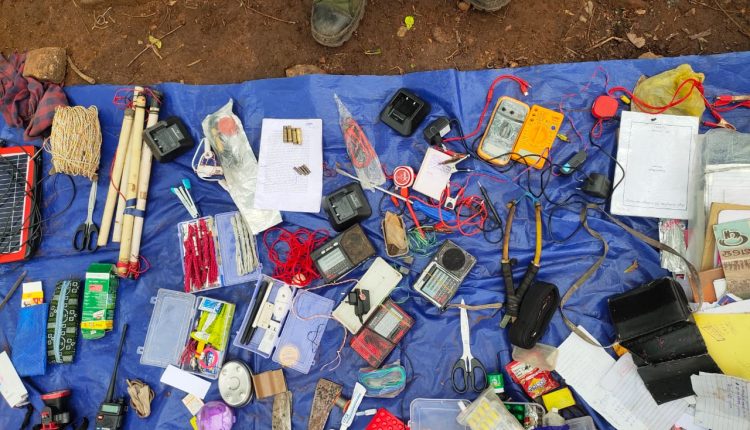 Kalahandi: A Maoist hideout was busted during a joint operation by a team of security forces comprising Kalahandi police, SOG and DVF jawans at Labanagada forest on Thursday.

Based on reliable input an operation was launched by the SP, Kalahandi consisting of SOG and DVF under the M.Rampur Police limit.

Mao cadres fled away from a den busted by the armed forces during a combing operation undertaken in Labangada forest.

Sources said,the team was searching the core forest area in the Labgangada forest while CPI (Maoist) cadres started firing from LMG and other automatic weapons on the police party. The operational party retaliated and fired from UBGL and AK-47.Due to heavy counter fire by police, the Maoists retracted from their camp.

Further operations have been intensified in the area. Senior cadres including Nikhil, Bunty, Dasru, Mamata and other cadres in the area reportedly fled from the spot. More teams of SOG have been pressed into operations to flush out the Maoists, said the SP.