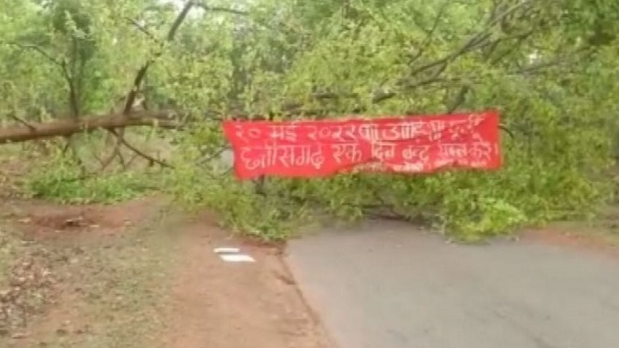 Nabarangpur: Maoists reportedly put up banners on the border of Raigarh in the Nabarangpur district of Odisha.

Reportedly, the banners were erected across Jodinga and Hati villages in the Raigarh block and have protested against the government’s policies. The matter came to the fore after some locals spotted the banners and informed the local police about the same.

On being informed, police reached the spot and confiscated the banners.

Earlier on Thursday,  Maoists had put up banners at different locations in Landaga Bridge on the Baliguda police station limits in the Kandhamal district of Odisha.