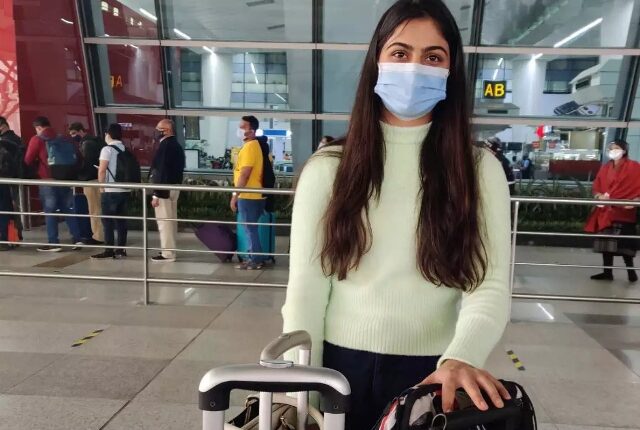 New Delhi: India’s ace shooter Manu Bhaker recently faced some trouble while boarding a flight at the Indira Gandhi International (IGI). The 19-year-old Haryana shooter, who was carrying two weapons and ammunition on her way to Bhopal Shooting Academy, was later allowed to board the flight.

Apparently after Rijiju’s intervention, she eventually board the AI 437 flight.

Later, she thanked Union Minister for Youth Affairs and Sports Kiren Rijiju for helping her board the flight.

“Thank you @KirenRijiju sir. Got boarded after strong support from all of you. Thank you India,” Bhaker tweeted.

Thank you every one and all who help me.Especially Who made my boarding possible. Few also think May be one sided and I got undue advantage. Sport ministry bears all my expense spent by me in any form Very clear if I had to pay for any wrong or right reason it’s Govt money.👇 pic.twitter.com/ztU7KH1BwX

Earlier, in a series of tweets, she complained about the Air India officials for not behaving properly with her and not allowing her to board the flight with weapons and ammunition despite having the valid documents and Directorate General of Civil Aviation (DGCA) permit.