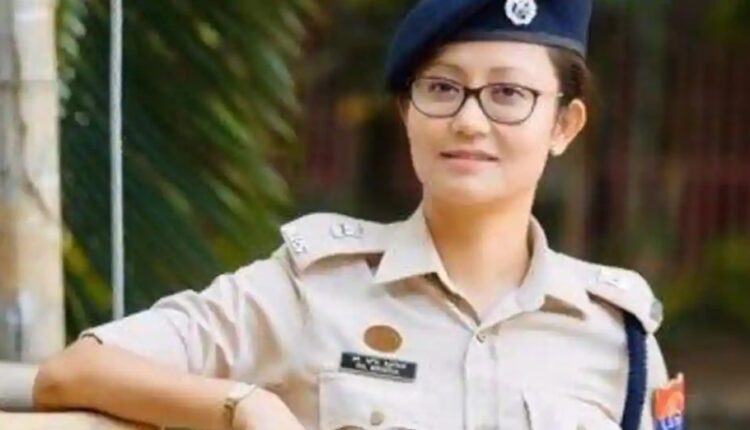 Imphal: Manipur Assistant Superintendent of Police (ASP) Thounaojam Brinda had returned her Chief Minister’s Gallantry Medal. Brinda also wrote to Chief Minister N Biren Singh in Imphal, stating the reason to be a court observation which citing the drugs probe to be “unsatisfactory”, acquitted them of all charges.

The Special Court (ND&PS) in Imphal on Thursday acquitted Lhukhosei Zou, former chairman Chandel Autonomous District Council, and six others stating that the prosecution has totally failed to prove the charges levelled against them.

The court convicted two others, Thangminlun Zou from Churachandpur district and Tung Khan Mung Zou alias Mung alias Aric from Tengnoupal district, under the NDPS Act, 1985 and fixed December 21 for hearing of sentence.

“I feel morally inclined that I have not conducted my duty as “per the wishes” of the Criminal Justice Delivery System of the land. Hence, for the reason cited above, I do not consider myself deserving of the honour bestowed upon me by your good self. I, therefore, return the same to the state Home Department so that it may be given to a more deserving and loyal police officer,” the letter read.

Brinda had in July locked horns with the state chief minister N. Biren Singh by alleging in a court document that she was under ‘pressure’ from him to release from custody a ‘drug lord’.

She was conferred the Chief Minister’s Police Medal for Gallantry on the occasion of Patriots’ Day, August 13, 2018, as part of the state government’s “War against Drugs”.

The police officer returned the medal with “utter regard for the state department” and following “the decision reached by the Hon’ble ND&PS Court, Lamphel, which acquitted former Bharatiya Janata Party ADC Chairman Lhukhosei Zou and six other individuals, implicated in the case where a huge amount of drugs were seized.”

It may be recalled that in June 2018, a Manipur police team seized 4.595 kg of heroin and 2.80 lakh World is Yours (WY) amphetamine tablets worth around Rs 27.79 crore from eight persons during an operation in and around Imphal.

Another 362 COVID-19 patients recover in Odisha