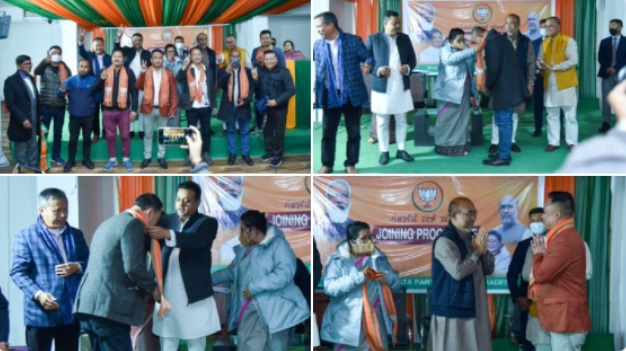 Besides, 40 of his co-stars and colleagues from the film community also joined the saffron party.

Notably, 40-year-old RK Somendro Singh had contested the Inner Manipur Lok Sabha seat in 2019 as an independent candidate. Before the Lok Sabha polls, he was the vice president of the Manipur unit of late Ram Vilas Paswan’s Lok Janshakti Party.

The BJP on Sunday announced candidates for all 60 assembly seats for the upcoming election in Manipur. Chief Minister N Biren Singh will seek re-election from the Heingang constituency.