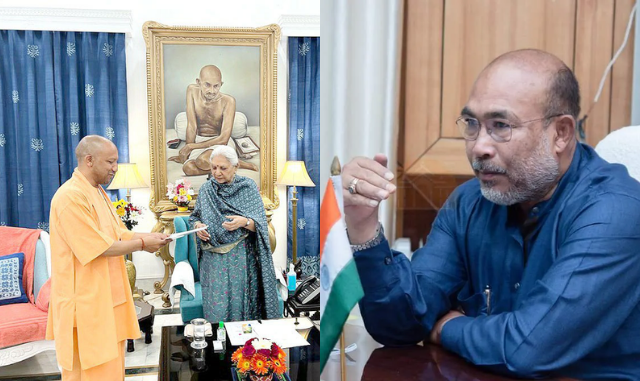 Lucknow/Kohima: A day after the BJP stormed back to power in Uttar Pradesh and Manipur, Chief Minister N. Biren Singh and UP Chief Minister Yogi Adityanath resigned from their posts on Friday.

Adityanath, on Friday evening, met Governor Anandiben Patel and handed over his resignation. Similarly, Singh on Friday met Governor La Ganesan and resigned from his post.

The Governors have also asked them to continue working till the formation of the new government. The new government in Uttar Pradesh is likely to be sworn in next week, before Holi.

Earlier, Adityanath held a cabinet meeting where he thanked his colleagues for working to fulfil the aspirations of the people which led to the BJP winning the election with a good majority.

Sources said that the BJP central leadership is likely to decide on the leadership within a day or two.