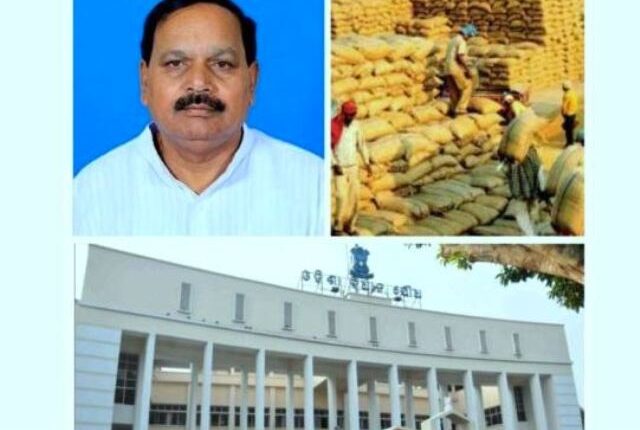 Bhubaneswar: The Odisha Assembly’s Budget session continued to be flooded with demands of the immediate lifting of paddy from various state-run mandis.

Meanwhile, on Friday, Deogarh BJP MLA Subash Chandra Panigrahi threatened to opt for self-immolation if paddy is not procured from mandis.

The BJP has expressed concern over the farmers’ problems at home and has surrounded the state government over the same.

Narasingha Mishra also sat on a dharna under Speaker’s podium demanding a reply from the Agriculture minister on mandi problems in the state.