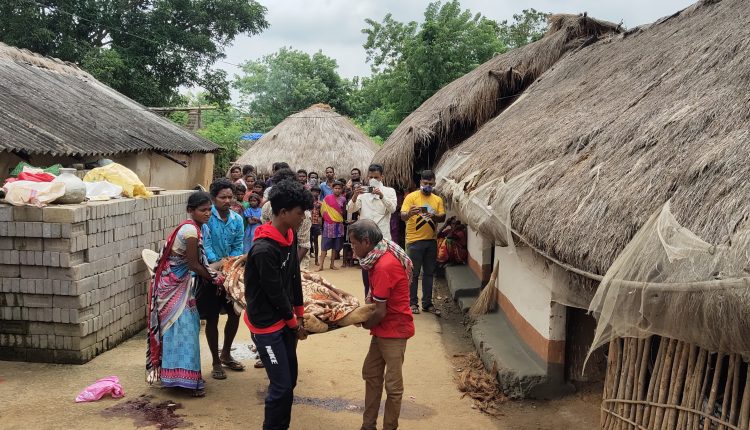 Barang: A man who shot his elder son to death at Bentua Munda Sahi under Barang Police Station limits and stayed hidden in the Chandaka forest has been arrested by the police after 12 days.

The accused has been identified as Jadumani Munda (60), a former home guard, who was suspended for his activities.

Accused Jadumani is a well-known hunter in the locality and very much accustomed to forest habitat. He was also in possession of a country-made firearm, sources said.

On September 10, accused Jadumani shot his elder son Shiba Munda (23) over a trivial issue and fled into deep forest to evade arrest. It is said that Jadumani, in a fit of rage, opened fire on his elder son, after the latter asked him to give the details of expenditure and income of their vegetable business.

After killing his son, Jadumani fled into the forest and stayed hidden. Even though the police teams carried a frantic search, the accused managed to evade arrest.

After remaining elusive for 12 days and lurking in the dark forest, the accused was today arrested, said IIC Akash Rana. A press note in this regard will be issued tomorrow from the DCP office, the police official added.