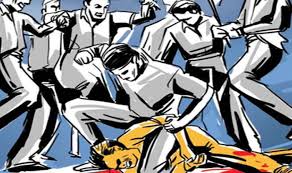 Man Thrashed On Suspicion Of Being Child Lifter In Dhenkanal

Dhenkanal: A man was allegedly thrashed by a mob over suspicion of being a child-lifter. The incident took place at Mina Bazar in the district here on Sunday.

According to reports, the victim was roaming in the village aimlessly. On being questioned, the victim failed to say his name, address, and the purpose of his visit to the village. Irked over this, villagers started beating him suspecting him to be a child lifter.

On being informed, police reached the spot and rescued the victim from the angry mob in a critical condition.

20 Quintals Of Ganja Seized From Truck In Malkangiri