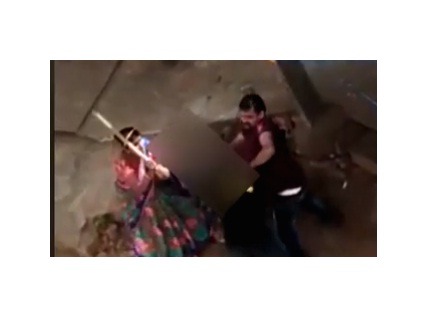 Bhubaneswar: A man was allegedly thrashed by a jewellery shop owner and his wife for alleging damaged gold jewellery. The incident was reported from Khandagiri area in Bhubaneswar today.

The victim has been identified as Vivekananda Mohanty. He is working as a tailor in Khandagiri.

According to available information, Vivekananda has set up a tailor shop near a jewellery shop owned by a woman. Vivekananda bought a necklace of 22 carats for his wife four years ago from a nearby shop.

Reportedly, the matter came to fore after Vivekananda went to a bank to borrow money by keeping the gold necklace as security. However, after examining the necklace, he came to know that it was not 22 Carat gold.

So he came back and complained to the woman about the matter. Irked over the allegation, the woman attacked Vivekananda. Following this, the victim sustained critical injuries.

On receiving information, police rescued the victim and admitted him to the hospital for treatment. The cops also detained the accused woman.