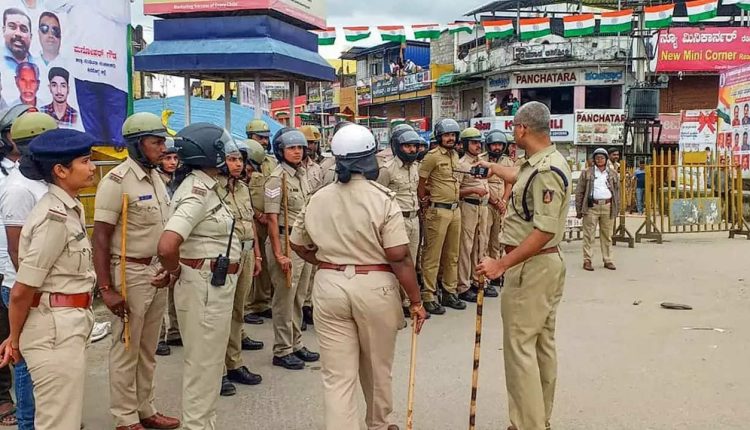 Authorities issued prohibitory orders till August 18 while schools will be closed on Tuesday in Shivamogga and its industrial twin town, Bhadravati, 20km away. Thirty platoons of armed police along with a posse of rapid action force were deployed in the city.

According to the police, four people have now been arrested for the stabbing and two more have been identified and the cops are closing in on them as well.

On August 15, Right-wing groups put up a poster of Savarkar at the Ameer Ahmed Circle in Shivamogga on Monday to which another group objected as they wanted to install Tipu Sultan’s flex there. Pro-Hindu groups then launched a protest when efforts were made to remove the poster. Police had to resort to mild lathicharge to bring the situation under control and disperse the crowd.