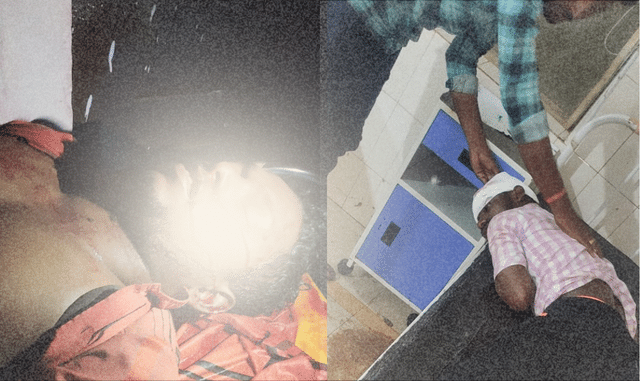 Man shot dead over past enmity in Keonjhar, another critical

Anandpur: A man was shot dead over suspected past enmity at Khalana village under Ramachandrapur police station limits in Keonjhar district on Thursday evening. Another person critically injured in the attack has been reportedly shifted to Keonjhar hospital.

Sources said two groups had entered into a dispute over a contractual work of the panchayat on Wednesday.

At around 5 pm this evening, the other group members allegedly attacked Sunanda and his aide, Chandan near Khalana village while they were on their way home on a motorcycle from the local market.

While Sunanda was trying to escape the attack, the rivals opened fire killing him on the spot and fled the scene. Fortunately, Chandan survived the attack, but with critical injuries.

Some youths of the nearby village rushed them to the Saikula CHC for treatment. Later, a critically injured Chandan was shifted to Koenjhar DHH.

On intimation, Ramchandrapur police reached the CHC and started investigating the incident.  Meanwhile, tensions ran high in the village of Khalana over the incident.