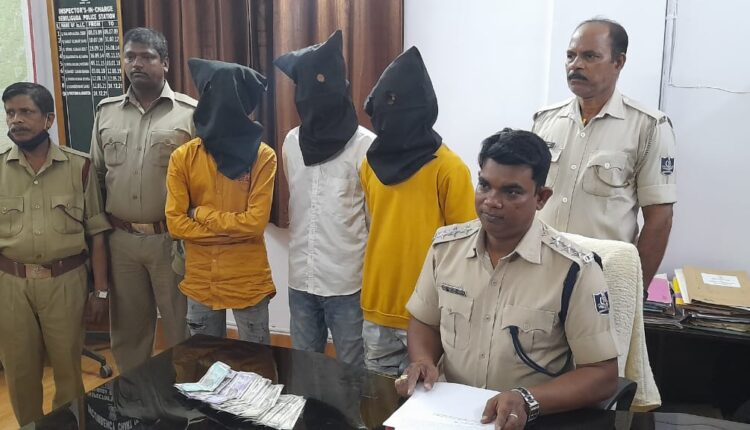 Semiliguda: Police on Tuesday arrested three youths from Semiliguda on charges of abducting a man from Padua area in Koraput and looting cash, mobile phone, and ATM cards from him.

Though the identity of the arrested trio was not known immediately, police have recovered Rs 17,700, and two bikes from the three accused, sources said adding that the three other accused persons involved in the abduction and loot are yet to be nabbed.

As per reports, one Akshaya Kumar Kunar, a native of Goluru village under Padua Police Station limits, had come to Semiliguda to exchange his invalid mobile phone sim card at Jio Digital Store here.

While searching for the store, Kunar approached two youths near the local petrol pump to point him in the right direction to the store. The two then offered him a lift and instead took him to a nearby forest area where four others were present.

The six persons then thrashed him with kicks and wooden sticks and snatched away his bag containing Rs 40,000, two mobile phones and his wallet containing Rs 1,500, and two ATM cards.

On the basis of a complaint lodged by the Kunar, Semiliguda police registered a case (58/22) under Section 395 of the IPC. Following an investigation, the cops zeroed in on three of the accused persons today.

The other three accused persons are on the run and efforts are on to nab them, the police said at a presser here today.