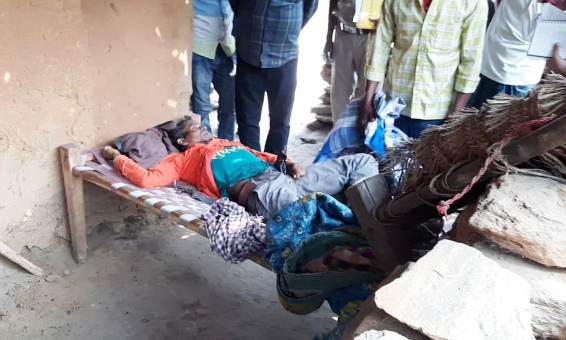 Jamankira: A man first opened fire at his middle brother and hacked him subsequently following a family feud at Bamandagarh village in Jamakira block of Sambalpur district.

Reports said the elder brother Karam Pal Singh was detained by Kuchinda police for allegedly killing his middle brother Dharam Pal Singh(48). Police sources said the matter is being investigated. The country-made rifle and the sharp weapon used by the accused in the murder.

Reports said Karam Pal was infuriated as he had been threatening family members to kill. As his unruly behaviour touched the zenith, Karam Pal fired upon his middle brother and hacked him to ensure that he is not alive to create tension further.

Dharam Pal had murdered his wife with an iron rod twelve years ago and was absconding since then. He had three sons and a daughter. After his return, he again started drinking, abusing and threatening family members.  In order to get rid of the tension, Karam Pal took the extreme step of eliminating his middle brother.