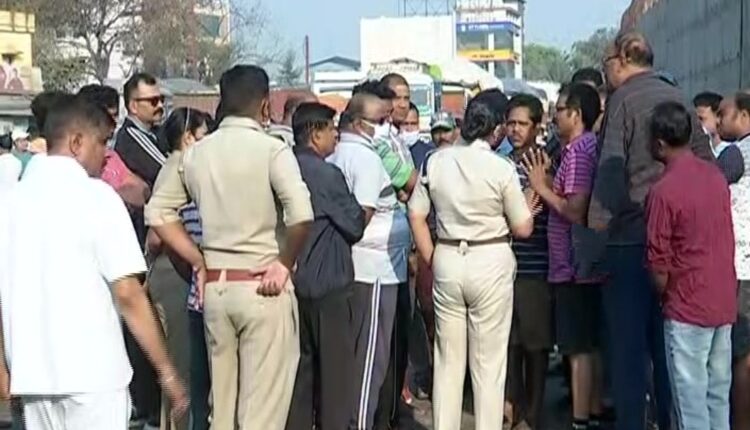 Man on morning walk run over by truck

Sambalpur: A man on morning walk was killed after being hit by truck on NH-53 near Sarlapali chhak in Sambalpur district.

The deceased has been identified as a senior lawyer, Umesh Chandra Pradhan from Sambalpur.

A group of locals blocked NH-53 to protest against the death of morning Walker.

Infuriated over frequent road accidents in the area, the locals demanded compensation for the victim’s family and measures to avoid such incidents.

On being informed police reached the spot to seize the body and attempted to pacify the agitators.

Meanwhile, the truck was seized by the police.

On the other hand, several vehicles were left stranded on both side of the road due to the protest.