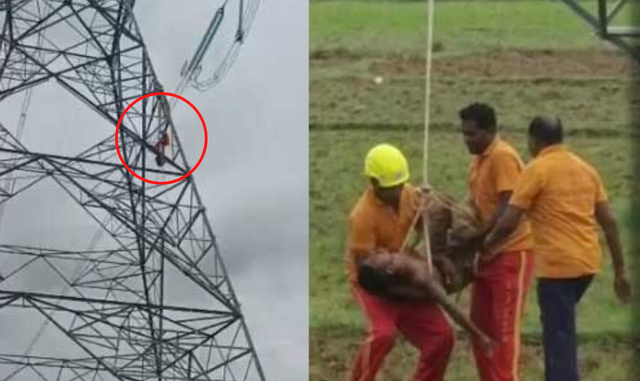 Sambalpur: Fed up after a domestic dispute, a man climbed up an electricity tower and threatened to commit suicide following a quarrel with his wife.

The incident was reported from Khandahata village under Rairakhol police limits of Sambalpur district on Monday.

According to reports, the man identified as Akash Naik had visited his in-laws’ house at Khandahata. Following a family feud, he climbed the tower today and threatened to commit suicide.

On being informed, police along with the fire tenders reached the spot and rescued Akash. He was immediately rushed to the nearest hospital.

His condition was stated to be stable till the last report came in.