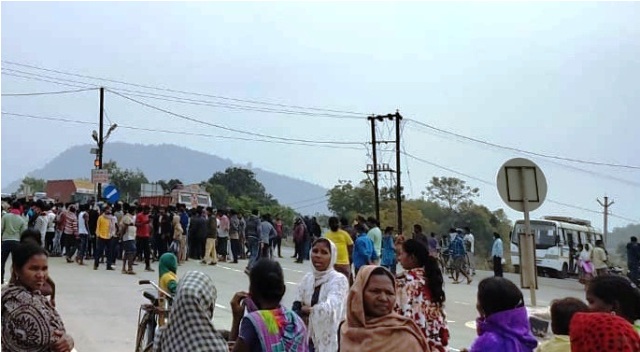 Deogarh: Tension prevailed at Deogarh Bypass Chhak as scores of locals blocked the National Highway 49 after a person died after being hit by a speeding truck on Tuesday morning.

The deceased has been identified as Bablu Pradhan of Banakal village in Deogarh. His wife, who was on the pillion seat of the scooter, survived the accident with minor injuries.

According to reports Babul and his wife were en route towards Deogarh from Samantarapalli on a scooter when they were hit by a speeding truck that fled the scene soon after. While Bablu died on the spot, his wife survived the crash with minor injuries.

Following the man’s death, tension ran high among locals who blocked the national highway demanding compensation for the family of the deceased and installation of speed breakers at the spot. Hundreds of vehicles were left stranded for hours on both sides of the road due to blockade.

Another 752 COVID-19 patients recover in Odisha