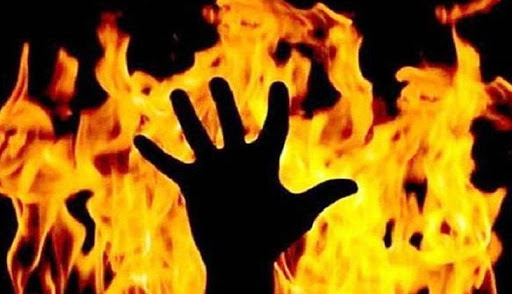 Man Killed In A Fire Mishap In Malkangiri

Malkangiri: A man was burnt alive while the family members had a narrow escape after the house they were sleeping in caught fire at Niliguda village in Malkangiri district.

According to available information, the mishap took place late last night while the family was asleep, when a fire broke out killing Irma, who was sleeping in another room. Meanwhile, Irma’s wife and children managed to escape from the house.

On receiving information, fire tenders reached the spot and doused the flames.

Family members of the deceased alerted the police about the matter today morning. Police reached the spot and launched a probe in this regard.

However, the actual reason behind the fire is yet to be ascertained, sources said.