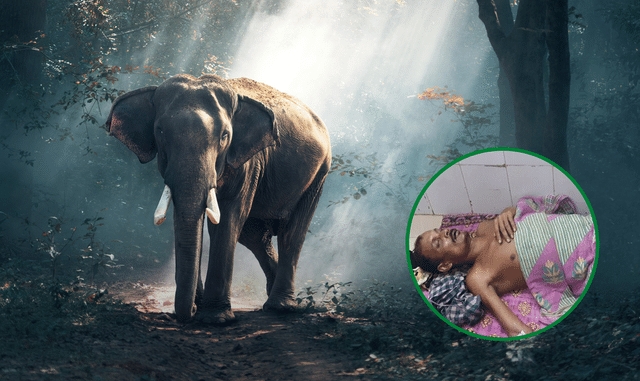 Deogarh: A man who sustained serious injuries after being attacked by an elephant, was rescued from the forest after a day on Sunday. The injured were rescued by family members and taken to a nearby hospital.

The incident has been reported from Khandadhuan village within Kundeigola section of Deogarh forest division.

The injured, identified as Shiba Dehuri (46) of the village, had gone into the nearby forest to collect mushrooms yesterday morning. However, when he did not show up at home till today morning, family members carried out a frantic search.

During the search, the family members spotted him lying badly injured and in an unconscious state in the nearby forest.

Sources said Dehuri was collecting mushrooms in the woods when an elephant attacked him. As a result, he sustained severe injuries and fell unconscious. With heavy rains lashing the area, a badly hurt Dehuri remained in the forest throughout the night till the family members rescued him this morning.

On intimation, forest officials rushed to the village and shifted Shiba to Deogarh district headquarters hospital. His health condition is stated to be critical, sources added.