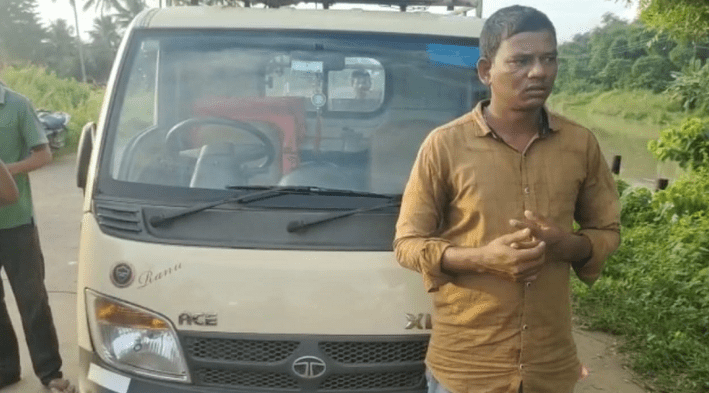 Bhubaneswar: Police have detained a person with the seizure of a huge cache of beef from a pick-up van at Hanspal area in Bhubaneswar outskirts on Saturday.

Acting on a reliable input about beef transportation, Bajrang Dal activists intercepted the vehicle and found beef from the pick-up van at Betanda square.  Following this, the locals thrashed the driver and damaged the vehicles on the spot.

On being informed, police reached the spot rescued the driver from the angry mob. Later, the driver was detained for further questioning.