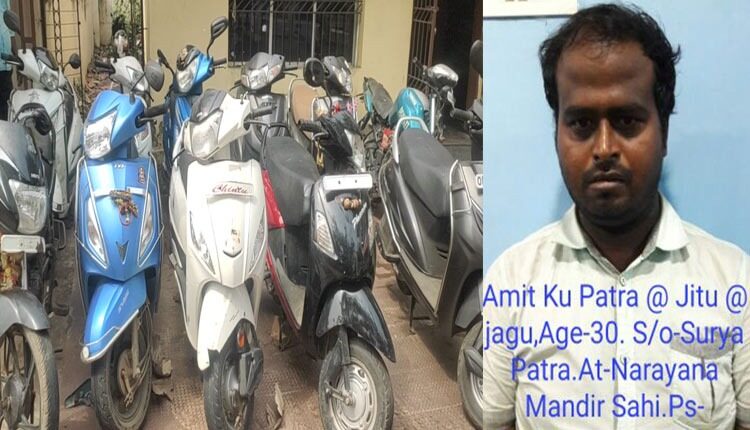 Bhubaneswar: A youth has been arrested from Ganjam district on Monday on charges of stealing several motorcycles on the pretext of test driving.

The modus operandi of the accused was to contact sellers by showing interest in the advertisement posted in the online market place OLX. Thereafter, he fixes an appointment with them and on the pretext of test driving, Amit used to flee with the motorcycles.

A special squad was formed to nab the accused person and an investigation was launched to track the notorious thief.

After pertinent efforts, the special squad managed to apprehend the accused person from his native village. A total of 11 stolen bikes was recovered from his possession.