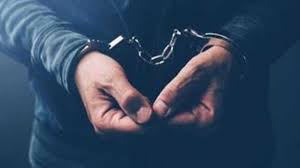 Mayurbhanj: Police on Sunday informed to have arrested a man for allegedly killing his stepbrother and nephew in Chanchunia village under Kaptipada police limits in Mayurbhanj district.

The accused has been identified as Sushil Hembram.

According to available reports, the accused allegedly eliminated his stepbrother, Ghanashyama Hembram, following a land dispute. Later on Friday, Sushil also killed his nephew by slitting his throat when he was in farmland and dumped the body in the nearby forest.

Acting on a complaint filed by the Family members of the deceased, cops apprehended the accused. During the course of interrogation, Sushil confessed that he had killed his stepbrother four days ago.