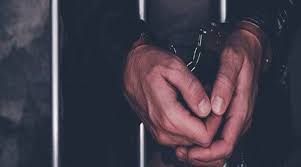 Jajpur: A man was arrested for allegedly circulating an obscene video of a married woman. The incident was reported under Dharmasala police limits in Jajpur district.

The accused has been identified as Prashant Kumar Roul of Bhuban village.

According to reports, Roul had sent the objectionable video of the woman to one of his neighbours, a beetel shop owner and four others which later went viral.

After the victim came to know about the matter, she lodged a complaint with Dharmasala police. Based on the complaint, police arrested Roul and forwarded him to court.