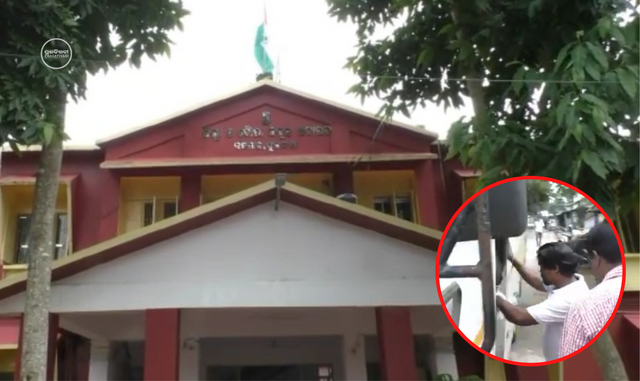 Phulbani: A Special POCSO Court in Phulbani today sentenced a man to 25 years of Rigorous Imprisonment (RI) after convicting him for the rape of a three-year-old girl in 2019.

Additional District Session Judge Sanjit Kumar Behera sentenced Prasanna Kumar Digal (42) to 25 years of rigorous imprisonment on the basis of statements of 12 witnesses and police investigation report and imposed a fine of Rs 25,000.

The convict shall undergo one more year of RI in default of payment of the fine amount, the court ruled.

According to the case details, on the evening of 20th August 2019, the convict Prasanna Digal lured the minor girl, who was playing in the verandah of her house, on the pretext of giving her chocolate and took her to the nearby church where he outraged her modesty.

When the family members reached the church searching for the minor girl, they spotted the accused fleeing from the spot before rescuing the girl. The following day, the girl’s mother lodged a complaint with the police.

On the basis of the complaint, Udayagiri police registered a case (100/19) and arrested the accused.

After hearing the case, POCSO Court Judge Sanjit Kumar Behera today pronounced the verdict handing down 25 years of RI to the convict and ordered the District Legal Service Authority to provide Rs 6 lakh compensation to the victim’s family.