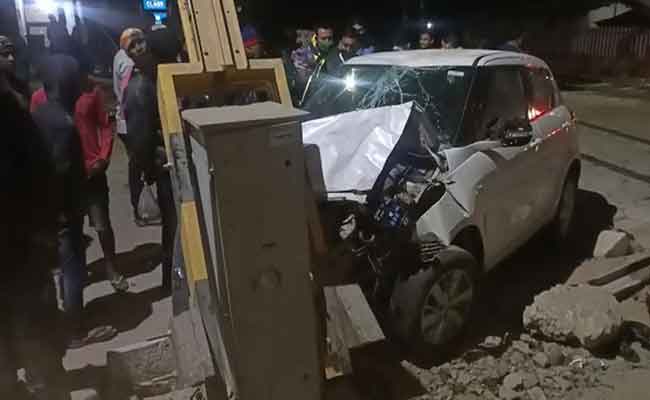 Bolangir: At least two motorists were injured in a mishap after the car hit them before ramming into a railway gate in Sunapada area of Bolangir district.

According to sources, the incident occurred last night while the driver of the car came speeding on the busy road in an intoxicated condition and hit the two motorists here. Later, losing control over the steering wheel, the driver rammed into the railway gate.

While the gate was broken after the crash, the front side of the car was also damaged.

Meanwhile, the two bikers, who sustained critical injuries in the mishap, were admitted to hospital.

Reportedly, the driver of the car along with two others was travelling from Berhampur.

While the driver of the vehicle managed to flee the spot, locals nabbed the other two occupants of the car and handed them over to the cops.

Police also found liquor bottles from the four-wheeler following which they established a conclusion that the driver was gearing the vehicle in an intoxicated condition, sources said.