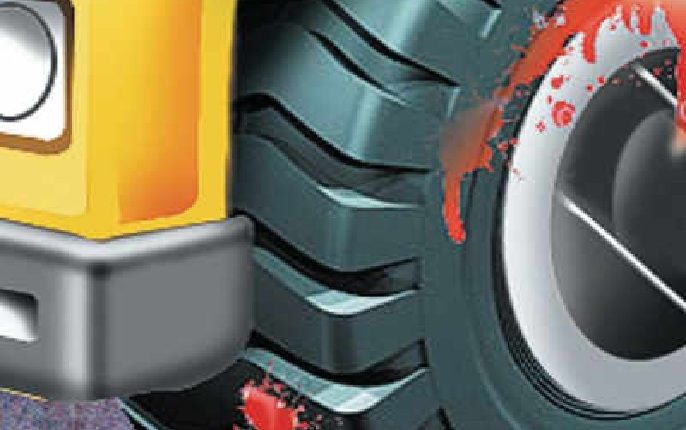 Man Crushes Mediator To Death Under Tractor, Injures 10 Others

Subarnapur: A man allegedly killed a mediator and injured as many as 10 others while they were trying to resolve a quarrel between him and his wife at Andhradera village under Binika police station in Subarnapur district.

The deceased was identified as D Kashi Biswanath of Paramanpur village under Atabira police station.

Reportedly, accused Alla Satyanarayan, who had left his second wife two years ago, was approached by his his uncle and several others wherein they tried to resolve the issue between the husband and wife.

However, during the course of the discussion by both parties engaged in an altercation.

The situation turned ugly after Satyanarayan lost his temper and ran a tractor on them.

Biswanath and Rambabu sustained severe injuries and were immediately admitted to Burla hospital, where the former succumbed to his injuries. Meanwhile. Rambabu’s condition is critical. Other villagers have also sustained minor injuries.

Onn being informed, Binika police registered a case and initiated a prone.