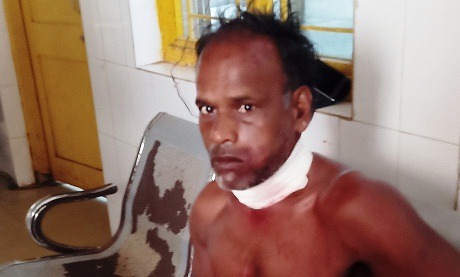 Man critical after being stabbed by son in Khurda

Khurda: A man sustained critical injuries after being attacked by his son with a sharp wooden stick on the neck at Banamalipur Baghabarahipatna village under Balipatana police station limits in the district.

The victim has been identified as Prakash Sahu.

Reportedly, Prakash Sahu’s son Rakesh and daughter entered into a fight for some reason. After the matter came to fore, Prakash intervened to settle the dispute between the duo.

Meanwhile, in a fit of rage, Rakesh stabbed his father with a sharp wooden stick on his neck injuring his critically.

Initially, Prakash was rushed to Balipatna Community Health Centre and later shifted to Capital Hospital in Bhubaneswar after his health condition deteriorated.

Reportedly, police have detained the accused son and launched a probe. However, no written complaint has been filed with the police in this regard.