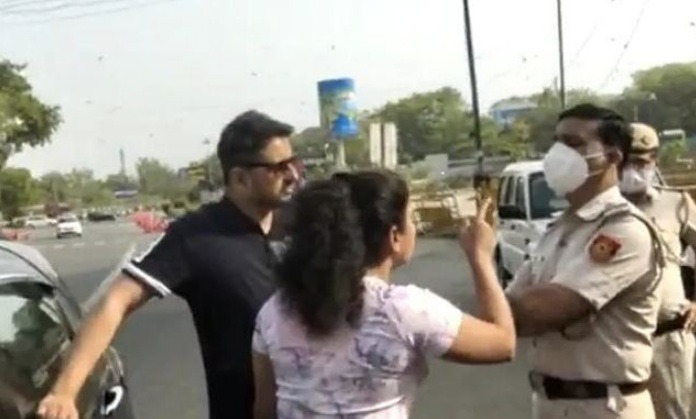 New Delhi: Pankaj Dutta, a man who was booked by Delhi Police for not following COVID appropriate behaviour and violating the weekend lockdown, has said that “problems rose because of his wife”.

Pankaj also said that his wife instigated him and in anger he misbehaved with the cops.

According to reports, Pankaj and his wife Abha, residents of Patel Nagar in central Delhi, were roaming in the city with no mask on and also no curfew pass during the weekend curfew. When stopped by the Police, the couple started abusing the police personnel.

A video of the same also went viral.

Later, Pankaj was arrested and taken to the Daryaganj police station.

When questioned why he misbehaved with cops, Pankaj said “My wife instigated me and in anger, I misbehaved with the cops. What she did was wrong and I accept it. I had been telling her for long that we should wear our masks, but she refused to wear one and even did not let me wear a mask.”

Pankaj also said that they even picked up a fight over wearing mask and added that he always wears his mask when alone. He also appealed Delhi residents to follow the guidelines.