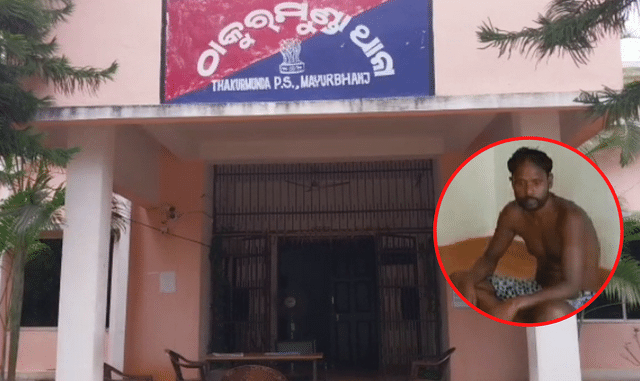 Thakurmunda: A man beheaded his wife over a suspected domestic dispute at Hatigada village within Thakurmunda Police Station limits in Mayurbhanj district and surrendered before the police.

According to sources, the accused Rajendra Mahakud brutally beheaded his wife with a machette in the presence of their two minor daughters this morning.

After murdering his wife, the accused took the severed head and buried it in his goat barn near their house.

Reportedly, Police have seized the body and sent it for autopsy while an investigation is on into the case to ascertain the real motive behind the murder.