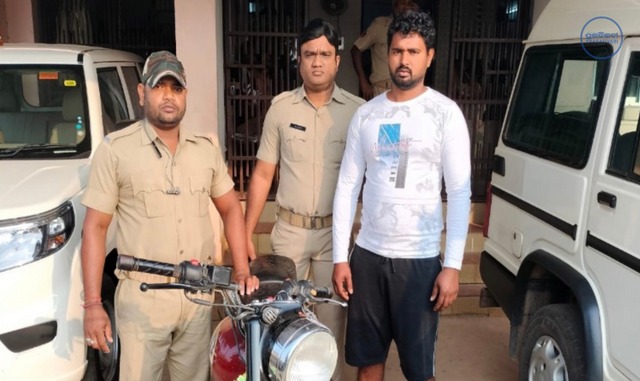 Bhubaneswar: Police on Friday arrested a man and forwarded him to court for allegedly trading brown sugar in Pahala police limits area in Bhubaneswar.

The accused identified as Lijan Behera (28) alia Binod is a resident of Jagannathpur under the same police station.

Police also seized 30 gram brown sugar from the accused. The cost of the seized contraband is over lakhs of rupees.

He admitted before police that he used to procure the illegal items from Khurdha and sell these in Pahala area.

A Royal Enfield vehicle was also seized from his possession, police said.