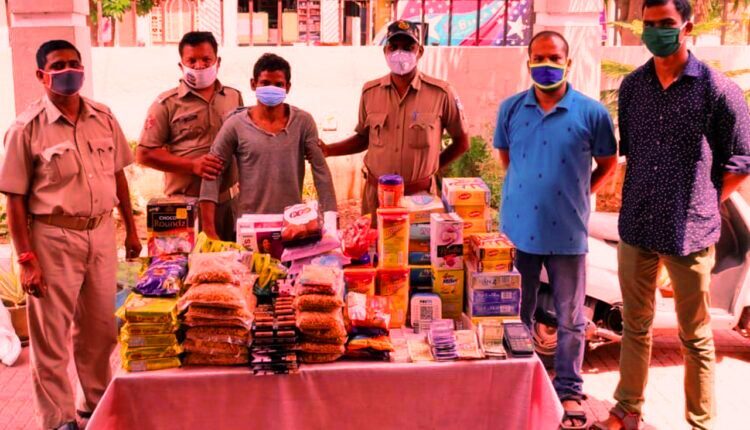 Cuttack: A man arrested by CDA Phase-II police of Cuttack city for allegedly stealing several grocery items from a house in the area.

The accused has been identified as Sadasib Samal, a resident of  Sidheswar Sahi under Lalbag police limits.

Acting on complaints about the burglary, cops successfully nabbed the accused and recovered all stolen groceries, over Rs 50,000 cash and tools he used to commit the crime from his possession.