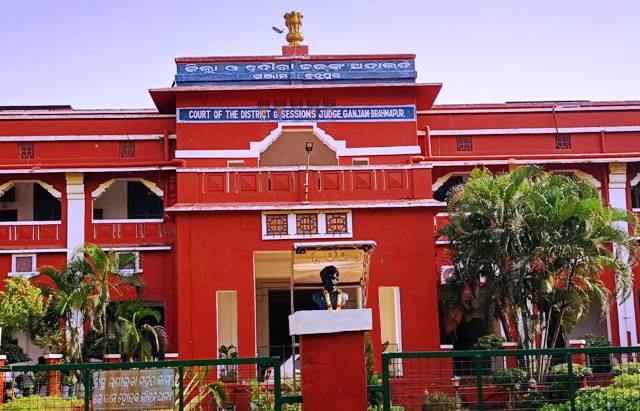 Berhampur: A local court here witnessed an unfortunate and unusual incident on Monday after a man attempted to attack the judge with a knife during hearing of a case in Ganjam district.

Timely action of lawyers and others, however, averted a major accident. The lawyers captured the man and handed him over to police.

The accused identified as Bhagaban Sahoo, a resident of Bada Bazar in the city today appeared in the court in a case. Taking the advantage of loose security system, Sahoo tried to climb atop the judge’s podium with a knife. He was heavily drunk, reports said.

Lawyers were absent in the court room due to ‘Satyagrah’ agitation. During the time, the man committed the crime. When lawyers were informed, they rushed to the court room and captured the man, said an eyewitness.

Berhampur SP Sravana Vivek M said a case has been registered in this connection. The knife he used in the crime has been seized, the SP added.

The senior cop further informed that the man, 52-year-old, is an accused in four cases. The circumstances led to such incident will be probed, he said, adding that measures will be taken to tighten the security of the court room.

Boost Immunity During Winters With These Foods