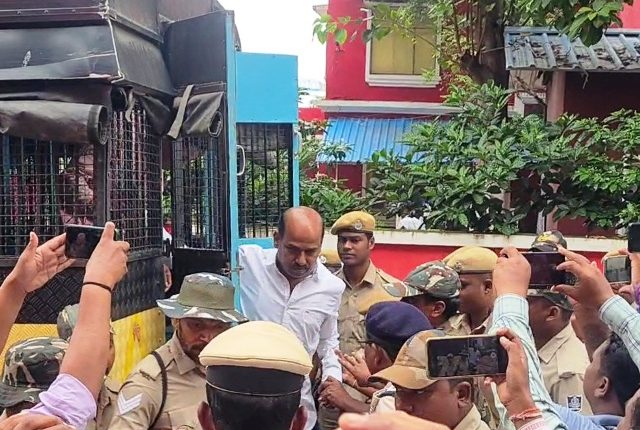 Kantabanji: In a fresh development in the sensational murder case of a lady teacher, Mamita Meher, two witnesses today appeared before the Kantabanji ADJ court here to testify.

The main accused Gobind Sahu and another accused Radhey Shyam Chandi was also produced in the court today.

Mamita’s brother Bunty Meher was present as a witness when the first missing report was filed at the Sindhekela police station.

Special Public Prosecutor Amarendra Mishra, who is fighting the case, said that the testimonies of Mamita Meher’s two brothers have been accepted. However, Bunty Meher’s testimony has not been completed and he will again appear in court tomorrow.

“On the other hand, 169 people have been made witnesses in this case,” he said and added that the case hearings are being fast-tracked to provide justice to Mamita’s family.

According to main accused Gobind Sahu’s lawyer, Durga Prasad Padhi, Mamita’s parents could not appear before the court as her father was not well.

During the case proceedings, Bolangir SP Nitin Kusalkar was present in the ADJ court the entire time. However, he abstained from giving any statement saying that the case is sub-judice.

Mamita Meher’s elder brother Umesh Meher responded to the media queries and stated that they have complete faith in the judicial process and hope to get justice soon.

Mamita Meher of Jharni village under Turekela block in Bolangir district, who worked as a teacher at Sunshine English Medium School at Mahaling, went missing on October 8, 2021. Subsequently, her charred body was found buried in an under-construction stadium near the school.

Later, police detained Gobinda Sahu on the basis of her family members’ complaint and kept him at Titlagarh police barrack. Taking all by surprise, he escaped from police custody on October 17.