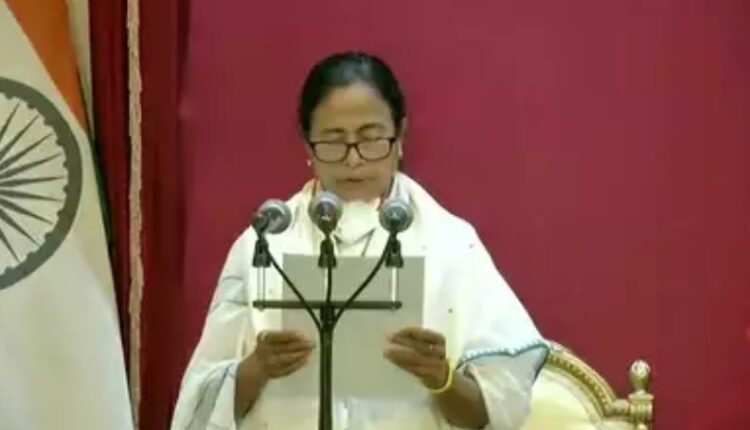 Kolkata: Trinamool Congress supremo Mamata Banerjee was sworn in as West Bengal chief minister for the third straight term today. She was administered the oath by Governor Jagdeep Dhankhar.

The oath-taking ceremony, held at Raj Bhavan, was a low-key affair in view of the alarming spike in coronavirus cases.

The Trinamool Congress secured a landslide victory in the state elections on Sunday, winning 213 constituencies.

While Banerjee won the state polls, she lost the Nandigram seat, where she was pitted against her former aide and Bharatiya Janata Party leader Suvendu Adhikari.